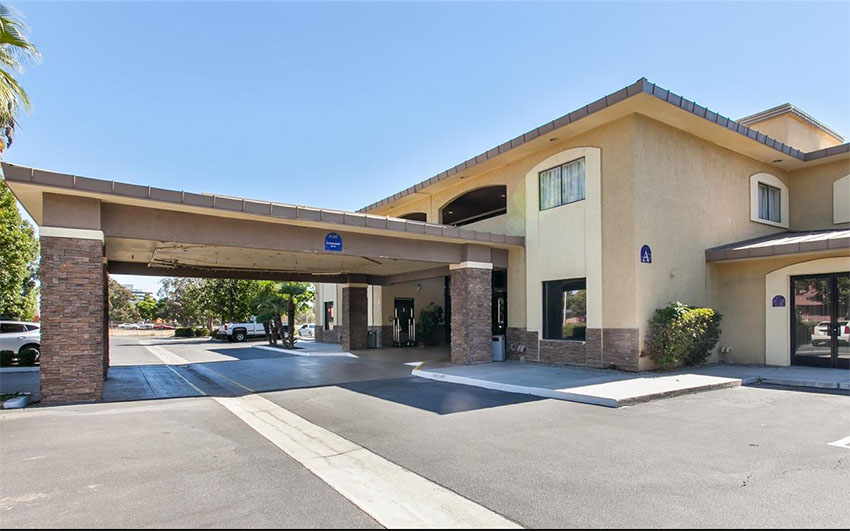 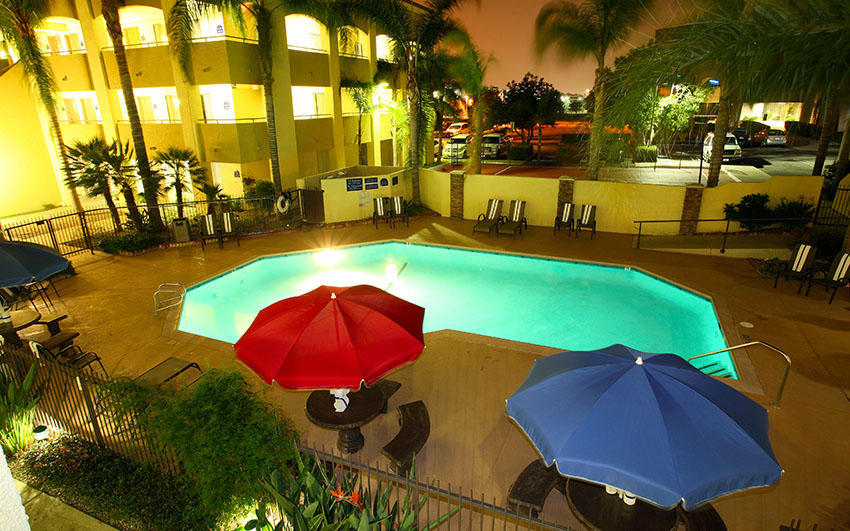 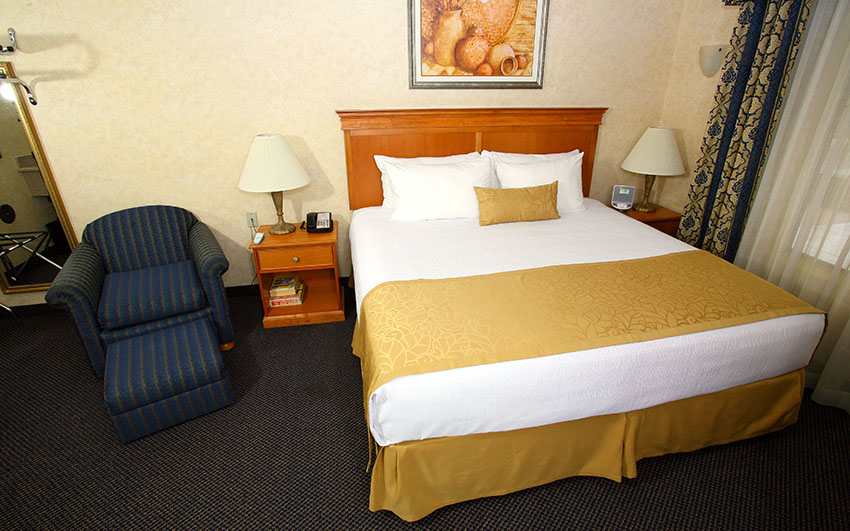 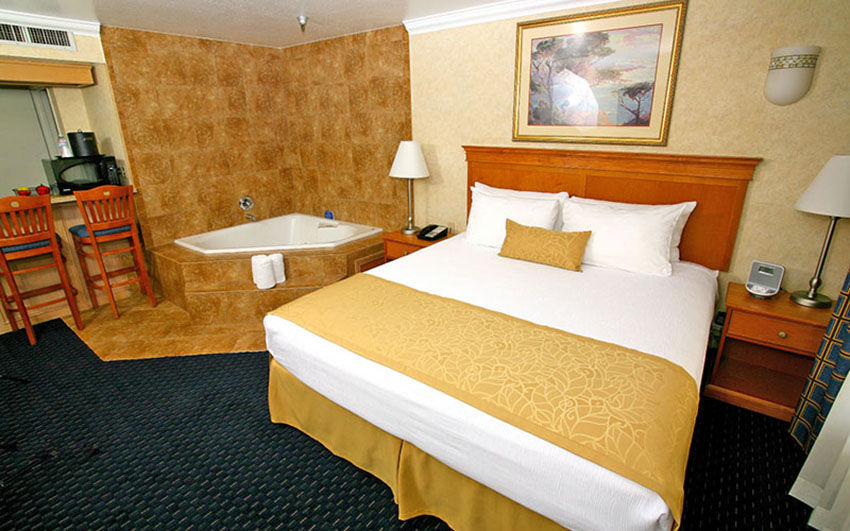 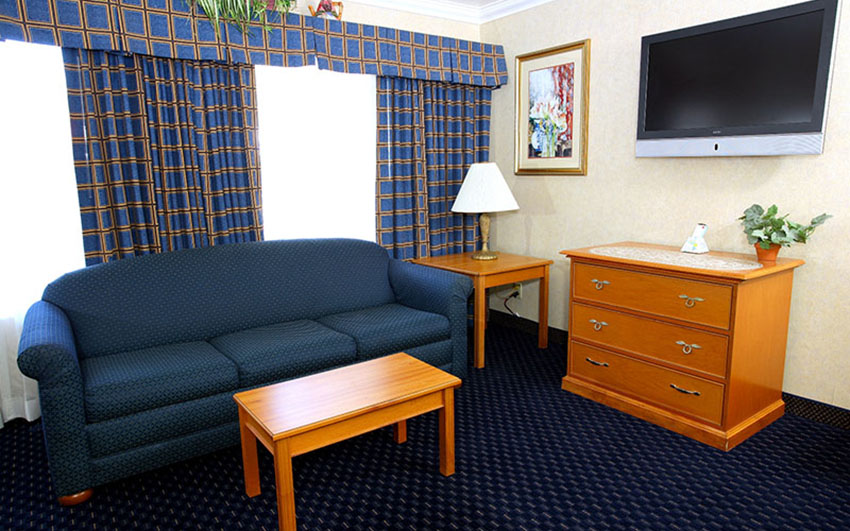 Sunny days, mountain views and nearby ocean–Ontario has it all.
Ontario is the ideal location for jumping-off spot to hundreds of activities whether it be mountain adventure of high desert fun or relaxing by the Pacific Ocean.
With mild fantastic year-round weather Ontario is a year-round destination.
Only minutes from the hotel are all kinds of activities ranging from golf to adventure parks to ocean.
Here are few of our favorite gardens and parks:

10919 South Central Avenue
Phoenix, AZ 85041
Ph (602) 534-6324
A half-mile from the hotel and at over 16,000 acres, South Mountain Park/Preserve often is referred to as the largest municipal park in the country. It boasts 51 miles of primary trails for horseback riding, hiking and mountain biking for all ability levels skills. But you don’t have to fight crowds to enjoy the area – the 51 miles of trails allow you to enjoy the glory of the Sonoran Desert in relative solitude.

Home of the Anaheim Angels Baseball
2000 Gene Autry Way
Anaheim, CA 92803
Ph. (714) 940-2180
Anaheim Stadium has been the home of the Angels since their move from Los Angeles following the 1965 season. The Stadium opened April 9, 1966 as the California Angels hosted the San Francisco Giants in an exhibition game. The franchise’s first American League game was April 19, 1966 vs. the Chicago White Sox. The Los Angeles Angels played at Wrigley Field in 1961 and Chavez Ravine from 1962-65.

Home of The Mighty Ducks
2695 Katella Avenue
Anaheim, CA 92806
Ph. (714) 940-2900
As Southern California’s premier entertainment and sports venue, the Arrowhead Pond hosts a variety of first-class events each year including concerts, sporting events and family shows. The 650,000-square-foot arena is home to the NHL Mighty Ducks of Anaheim, the NLL Anaheim Storm and the prestigious John R. Wooden Classic at the Pond. Annual events include the Ringling Bros. and Barnum & Bailey Circus, the Disney on Ice and the Harlem Globetrotters.

Home of the Los Angeles Dodgers
1000 Elysian Park Ave.
Los Angeles, CA 90012
Ph. (323) 224-1448
LA’s professional baseball team plays a regular season April-October. The one constant has been Los Angeles Dodgers baseball, which was awarded the title of “Best Sporting Event” in 2003 by the Los Angeles Daily News Readers’ Choice Poll. In 2004, for the 43rd season, this grand ballpark will continue to welcome fans of all ages, as the storied tradition continues

Home of the Los Angeles Clippers and Lakers
1111 S. Figueroa
Los Angeles, CA 90015
Ph. (213) 742-7555
In each of its first two years, STAPLES Center received the prestigious Pollstar-CIC Arena of the Year award. From this auspicious beginning, it has clearly established itself as a world-class arena and the Sports and Entertainment Center of the World.

2780 Fairplex Dr.
Pomona, CA 91768
Ph. (626) 250-2288
Historic Pomona Raceway at Fairplex, the oldest venue on the NHRA POWERade Drag Racing Series circuit, has been home to NHRA’s season opener, the CARQUEST Auto Parts NHRA Winternationals, since 1961 and to the season closer, the Automobile Club of Southern California NHRA Finals, since 1984.

San Dimas, CA 91773
Ph. (909) 599-2313
This course was built within a canyon. The signature hole is #16, a 161-yard, par 3, requiring a tee shot that must carry a water hazard to a green that sits below the tee box. Many holes are very well bunkered, making accurate iron shots an important aspect of the game. Jeff Brauer redesigned the course in 1991.

10 Clubhouse Drive
Norco, CA 92860
Ph. (909) 737-1010
From its unique design, to its natural beauty, Hidden Valley Golf Club has all the elements necessary to ensure a memorable golf experience. Remarkable changes in elevation, majestic views, and a challenging golf course layout designed by architect Casey O’Callaghan will impress golfers at any skill level.

Driving into Ontario?
BEST WESTERN InnSuites is conveniently located off I-10 and Haven exit at Ontario Mills Mall.

BEST WESTERN InnSuites Hotel Ontario Airport is the ideal location for your meeting featuring 150 spacious & beautifully appointed guest Suites located on I-10 at Haven Avenue, at the entrance to Ontario International Airport.

You’ll love the dining experience in Ontario at PJ’s Café for a free hot California breakfast buffet (6:30-10:00am) or dinner (Monday through Saturday 5-10pm).
Enjoy PJ’s Lounge for free daily evening social hour (5:00-6:30pm) and billiards for friends and fun.

Today, Ontario is a growing city with more than 170,000 residents in one of the largest and fastest growing counties in the nation.
The city is well on its way to being the Global Gateway in Southern California with 3.8 million square feet of office space under development, and Ontario is home to the 15th largest cargo airport in North America.

Sunny days, mountain views and nearby ocean–Ontario has it all.
Ontario is the ideal location for jumping-off spot to hundreds of activities whether it be mountain adventure of high desert fun or relaxing by the Pacific Ocean.
With mild fantastic year-round weather Ontario is a year-round destination.

Ontario was named after the province of Ontario in Canada.
The city’s official flower is the Charlotte Armstrong Rose, which was developed by the local John Armstrong and named after his first wife.