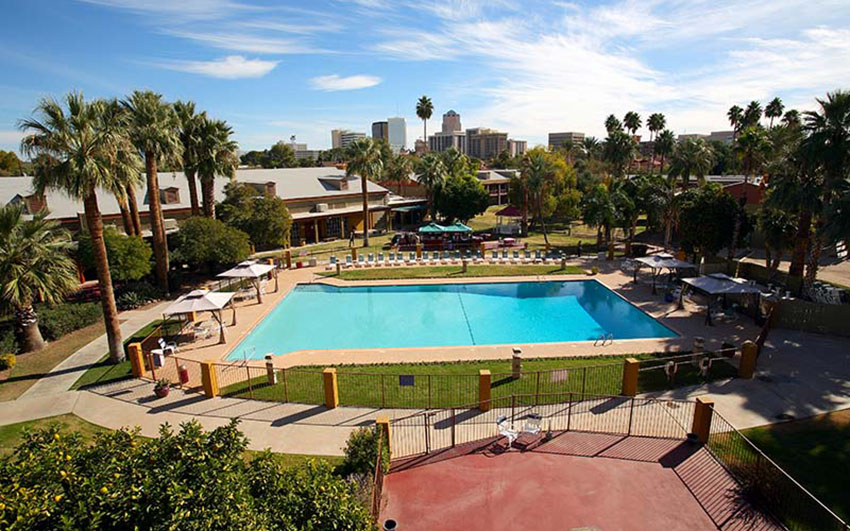 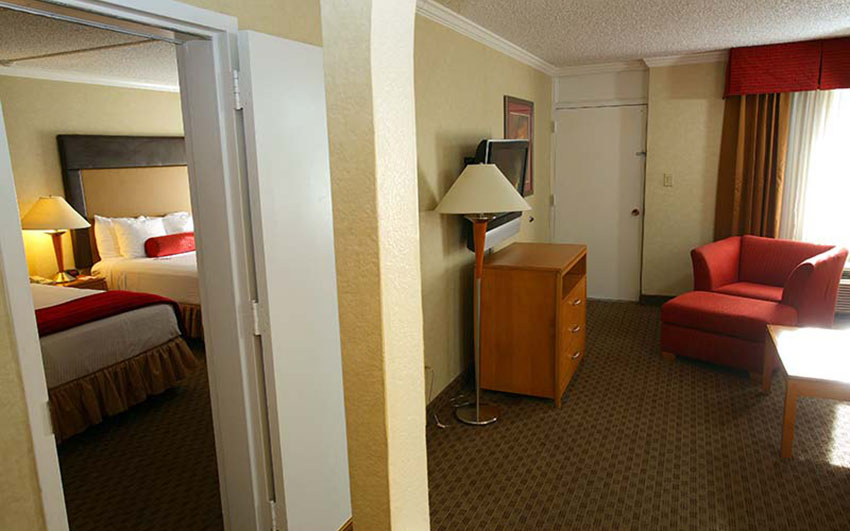 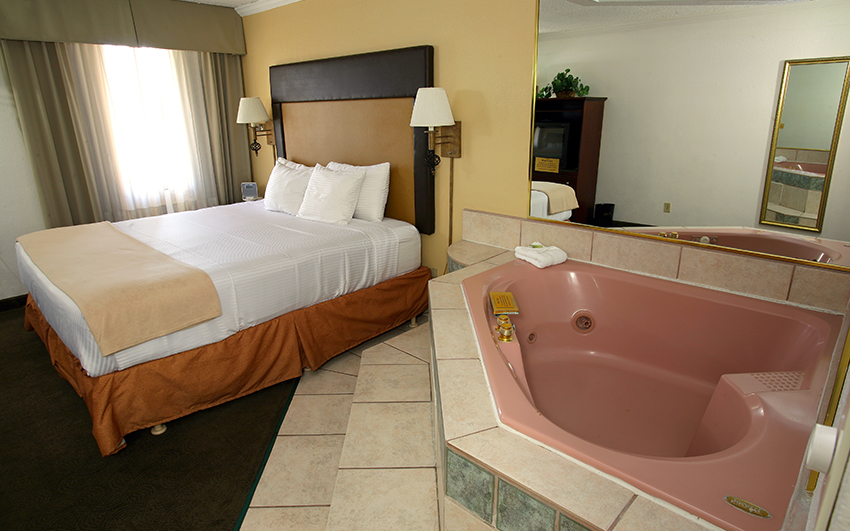 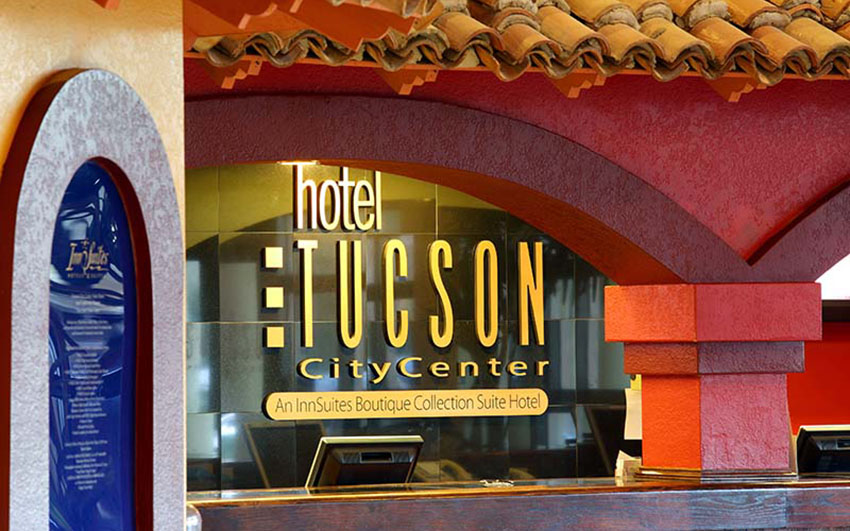 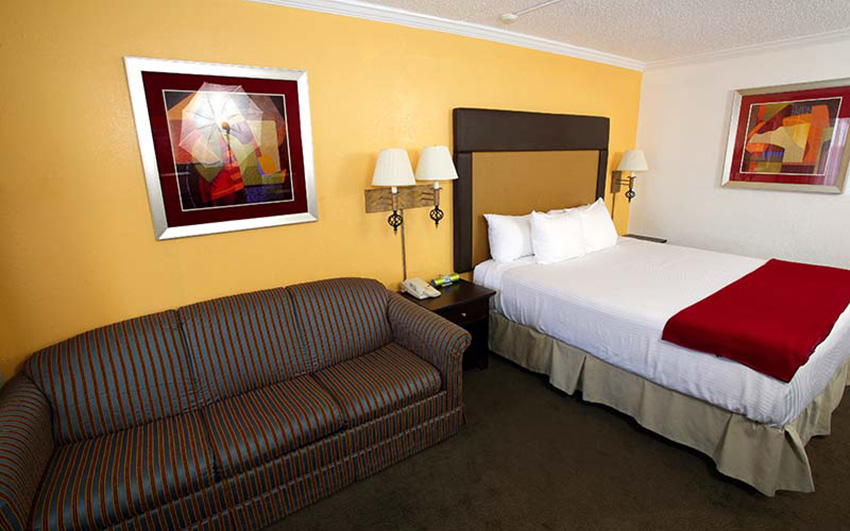 Fun Facts About Tucson and Arizona

History: Tucson has been continuously settled for over 12,000 years. It celebrates a diversity of cultures, architecture, and peoples. Yet, it is one of the “Mega-Trend” cities of the 21st Century: the Optics Valley, premier health services center for the Southwest, the astronomy center of the world, home of a premier research institution – University of Arizona, and a tourism destination.

Tucson, too SAHN or TOO sahn, is one of the oldest towns in the United States. Tucson was orginally an Indian village called Stook-zone, meaning water at the foot of black mountain. Hugo O’Conor established the Tucson Presidio in 1775. August 20th, 1775 is considered Tucson’s birthday. Spanish settlers arrived in the area in 1776. Tucson officially became part of the United States with the Gadsden Purchase of 1854. Tucson served as capital of the Arizona Territory from 1867 to 1877.

Tucson boasts the best of both worlds…the progress and innovation of a metropolitan community and the friendly, caring atmosphere of a small town. Tucson’s rich cultural heritage centers around a unique blend of Native American, Spanish, Mexican and Anglo-American influences. Blessed with the natural beauty of the Sonoran Desert and an unsurpassed climate of 360 sunny days a year, Tucsonans embrace a rare lifestyle and are committed to preserving that quality of life.

Location: Lies along the Santa Cruz River in a flat plateau of the Sonoran Desert that is rimmed by the Santa Catalina, Tucson, Rincon, and Santa Rita Mountains. Situated about 155 miles southeast of Phoenix.

State Bird : Cactus Wren. It measures 7 to 8 inches in length, and its back is brown with white spots, and its throat is lighter colored with black spots. Its bill is curved down and there’s a white line over each eye. Cactus wrens eat insectes, seeds, and fruit. They often build their nests inside a cactus to protect them from predators.

State Flower : Saguaro Bloom. This pure white flower blooms on the tips of the saguaro cactus during May and June.

State Gem : Turquoise. It’s a blue-green, waxy-surfaced stone used for centuries in Southwest Indian Jewelry. It can be found throughout the Southwest and is composed of hydrous oxide of aluminum and copper.

State Tree : Palo Verde. Its name means “green stick.” It blooms a brilliant yellow-gold in April or May.

Tucson, with its sprawling suburbs, is home to thousands of Arizona families. They come here to take advantage of the warm weather, great schools, and professional opportunities, and as more and more families move into the area, Tucson makes ceaseless efforts to provide a smorgasbord of fun and exciting activities designed to keep everyone in the family enthralled. Hiking, picnicking, and camping are obvious winners when it comes to family fun in Arizona, but Tucson offers even more to its families. There is enough fun here to keep both parents and kids happily entertained. Here a few to get you started:

Old Tucson Movie Studios is where the West was filmed! From western movie heroes like John Wayne to current box-office stars such as Harrison Ford, many of Hollywood’s legends have walked these rugged streets, the setting for hundreds of major motion pictures. Spend a day in the life of an 1880’s western town.

Valley of the Moon

Tucson’s museums offer an array of activities for children and families to discover.
Learn more about Tucson’s museums including Tucson Children’s Museum at Visiting / Museum.

Hotel Tucson City Center Conference Suite Resort strives to be a value to its guests by providing many free amenities. The free amenities include:

Want last minute deals and other travel specials sent to you?
Just enter your email address under Sign-up for Our Exclusive Offers :Sign-Up.

To meet your independent traveling needs, call the Sales Department at 520.622.3000.

We suggest one of the following methods of shipment:
UPS, FedEx, United States Postal Service.